Operating one of the largest commercial catering operations in New Zealand, with more than 20 kitchens servicing its hospitality, hotel and convention operations, SKYCITY Auckland required a daily service to pick-up the more than one tonne of food waste generated at the precinct.

A signatory of the Climate Leaders Coalition, SKYCITY has set a target of eliminating its food waste to landfill as part of its environment strategy that works to reduce energy, waste, and carbon emissions.

SKYCITY Environmental Manager, Courtney Simpson, says food waste diversion was the single biggest opportunity she identified to reduce waste to landfill when starting with SKYCITY in 2016.

“We knew food waste was a big problem and we wanted to find a really good solution for it; one that would benefit our environment and our community. So our food waste programme has three main areas;

SKYCITY partnered with EnviroNZ, which commercially composts all the precinct’s food waste at the company’s state-of-the-art composting facility in Hampton Downs. Using covered aeration bunkers, the food waste is blended with green waste and composted for eight weeks before being screened, matured and sold to kiwifruit orchards and landscape yards in South Auckland.

To ensure the compost is of a high quality, it was important to ensure that the teams across SKYCITY’s kitchens changed the way they did things. EnviroNZ worked closely with SKYCITY to deliver training sessions, new signage, 110 new wheelie bins, 10,000 new compostable bin liners and implemented new collection processes.

“There were a number of unique challenges in putting together a food waste programme for an operation the size of SKYCITY,’’ says Dave Elder, General Manager Market Development at EnviroNZ.

“They have a huge operation that requires a seven day-a-week service, which we’d never offered before, and a lot of different training and policies needed to be put in place to make the process work across all of their kitchens.”

To deliver such a significant diversion, the change needed to be driven from inside SKYCITY Auckland’s kitchens, and Fiona Ruane, Executive Chef – Main Kitchen, says that it didn’t take long for the change to become normal practice across the 11 kitchens she oversees.

“Change isn’t easy, and it was the younger generation that drove this change within the kitchen as they are incredibly conscious of the environment. Their enthusiasm was infectious, and soon enough everyone was using the new green food waste bins, but also finding ways to reduce our food waste altogether. Over the past two years, we’ve donated more than 700kgs of food to KiwiHarvest,” said Ruane.

Implementing a food waste stream means that SKYCITY can also benefit from commercial composting to reduce single use plastics.

Working with New Zealand packaging company Ecoware, SKYCITY is transitioning from traditional plastic to commercially compostable food and beverage packaging, such as takeaway coffee cups and lids, straws, plates, containers and cutlery, that is made from rapidly replenishing plant-based material and can be disposed of in food waste bins.

“We’ve been working with SKYCITY since 2016 when we started producing their compostable coffee cups and lids. Over time our partnership has grown, and we now supply them with a full range of packaging solutions. We couldn’t be prouder to support SKYCITY and applaud the efforts made to reach their zero-waste goal.”

“This is just one way that we are reducing our environmental impact, but it is an important one for us. Not only does our food waste now have a second life, but it also means this food waste no longer contributes to methane production within landfills which contributes to greenhouse gases,” says Courtney. Sudima Hotels & Resorts has announced it will become the first hotel chain in New Zealand to phase out all single-use plastics. 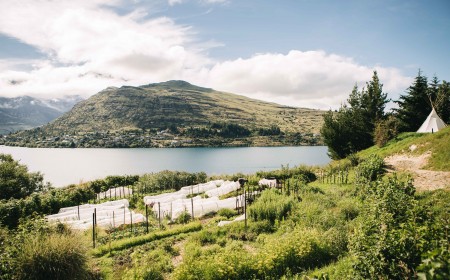 Sherwood Queenstown has been ranked amongst the top 10 eco-friendly holiday destinations by Expedia - the only hotel in the Pacific region to make the list, ranked among large international locations in France, Canada, and Thailand. 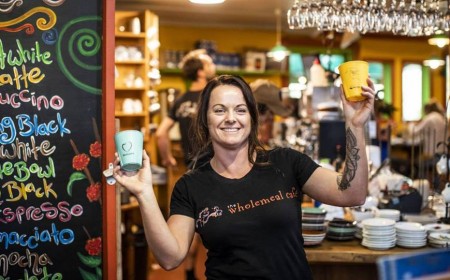 More than 100,000 single-use cups have been prevented from going into landfills as a result of the CupCycling™ scheme which supports cafes to offer reusable takeaway cups. 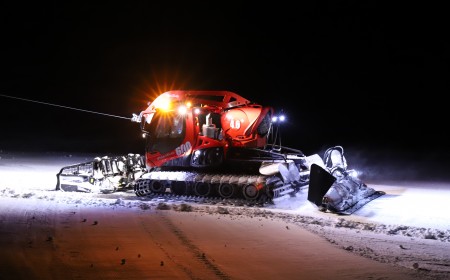 We took a peek into Mt Hutt ski resort's sustainability initiatives for 2019.