Cracking down on slave labour

Air New Zealand Plane
(NZ Herald: 6 June 2018) Prawns have quietly slipped from Air New Zealand 's menu because of concerns they could have been caught by slave labour.

This is part of a wider move across the New Zealand airline, and others around the world to crack down on forced labour and human trafficking.

Air New Zealand chief executive Christopher Luxon said a supplier code of conduct wanted to establish greater levels of transparency so the airline knew where food and other goods were coming from.

There have been reports of slave labour being used in prawn operations in South East Asia.

'It's a small example of the things we're looking at - we have to be reaching back further into our supply chain to make sure that inadvertently or unintentionally we might be causing something that's contravening basic human rights or labour rights,'' Luxon said.

The airline had signed up to international modern slavery legislation three years ago and to the United Nations' sustainable development goals.

Air New Zealand is also part of an international effort to stamp out human trafficking, an initiative boosted this week by the International Air Transport Association's (IATA) drive to eliminate the practice.

Luxon said his airline began training staff last year to recognise people who may be travelling under duress.

IATA said an estimated 24.9 million people were illegally trafficked and live in conditions of modern slavery.

''The extensive reach of the global air transport network means that unfortunately, airlines are used by traffickers to facilitate their activities.''

''While you would say that New Zealand on the surface would not have a massive issue, we have had issues in the last 12 months whether it be in construction or other industries across the country.''

It was important that to teach crew to spot what could be situations that need more questioning and intervention. 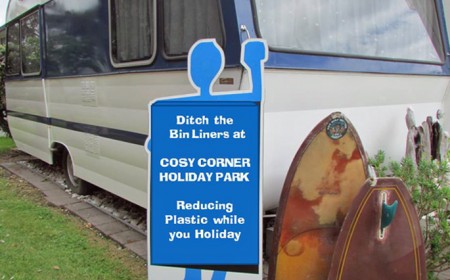 Cosy Corner Holiday Park in Mount Maunganui are doing their bit to reduce plastic waste and have been rewarded for their efforts. 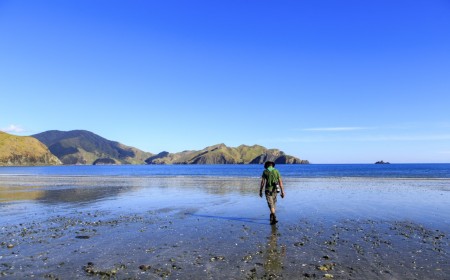 Eco by name, eco by nature

Driftwood Eco-Tours proves to be eco by nature with multiple sustainability initiatives keeping the company true to its name.